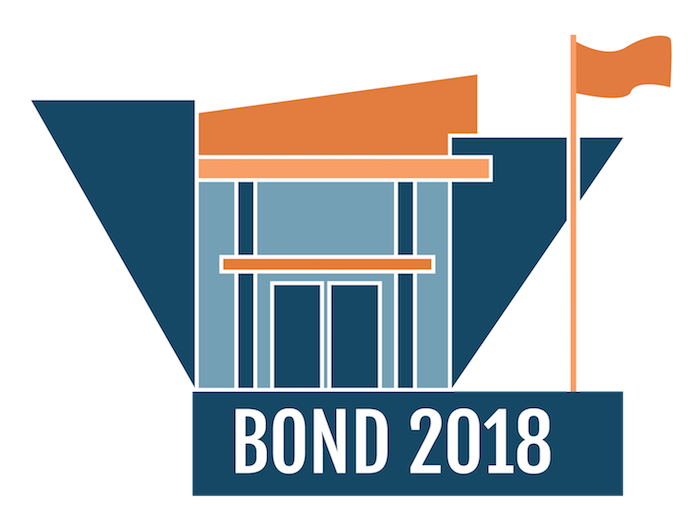 Thanks to the generous support of LPS voters, work is underway on the Explorative Pathways for Innovative Careers "EPIC" Campus on the southeast corner of Broadway and Littleton Boulevard. EPIC will provide dynamic, interactive, and innovative programming in several career paths:

More career pathways will be added in the future. Opportunities for concurrent enrollment and dual high school credit are being explored, as are partnerships with Arapahoe Community College and local industries.

The EPIC Campus is scheduled to open for students in the fall of 2023.

(November 2022) Crews are working on framing interiors and MEP rough-in at both buildings. Roofing is underway at the west building, and the east building is dried in. Exterior insulation is in progress at the west building. Outdoor classroom waalls are being poured/formed; trellis structure footings are underway. Working with the administration/pathway lead teams on furnitiure and equipment orders. Plans were submitted to Denver Water for the ductile pipe shortage (currently unavailable in the United States). Project is currently on schedule.

(October 2022) Ongoing construction work includes metal decking and slab-on-deck on the west building. Metal stud framing and MEP rough-in is being done at the east building. Roofing on the west building has begun. Storm drainage and retaining wall are underway. FInal drawings have been submitted to the City of Littleton for traffic control. Project is on schedule.

(June 2022) On the west building, crews are wrapping up the foundation for the building addition. Structural reinforcement in the existing building is complete. Rough-ins are ongoing, and the elevator shaft is under construction. In the east building, there is ongoing foundation work; rough-ins for mechanical, electrical, and plumbing; and structural reinforcement is also underway.

(June 2022) Guaranteed maximum pricing has been finalized. Demo in both buildings is nearing completion. Foundation excavaction and mechanical/electrical/plumbing work is underway. The permit process with Denver Water and City of Centennial is also progressing. Project is on-schedule.

(April 2022) Demolition on the west buliding and fuel removal from that area have begun. Jaguar move is complete, and abatement is beginning in late April in the east building. Permitting process is ongoing.

(March 2022) Pricing will hopefully be finalized the first week of April. Anticipate starting work on the west building once the Covid lab moves out. Potentially will also be able to start working on the east building if Jaguar is able to move out. Work can hopefully start in April. Work is underway for the design of furniture, fixtures, and equipment.

(February 2022) All 6 pathway meetings have been held with the design team so the team is aware of wants and needs for each pathway. Work is underway with the City of Littleton for various permits, and demolition on a portion of the west building is anticipated to begin in April. The Board of Education will be taking action on an official name at their February 24 meeting.

(January 2022) There are budget increases in this project driven by the escalation in the cost of labor and aditional structural requirements, but the design team is hoping to value engineer some items to bring the budget back down closer to estimated amount. Meetings for the career pathways are scheduled through early February to ensure the design team fully understands the needs of each pathway. Design advisory groups for furniture, fixtures, and equipment are scheduled to begin in February.

(December 2021) All pathway leads have been hired; coordination meetings are ongoing to specify required equipment. A new name will be proposed to the Board of Education in January. Furniture, fixtures, and equipment design advisory group is scheduled to begin meeting in January. Kickoff meetings with the fire department and the state. Community engagement sessions with the City of Littleton are ongoing. Walking the site with an industrial hygienist this week to see whether abatement will be required.

(November 2021) Contractor has provided workbooks for pathway leads to start specifying equipment desired for the educational spaces in each of the identified career pathways. Site investigations are ongoing.

(June 2021) Exterior plans are being reviewd. Design is ongoing, as well as a review of the interior of the building now that it has been vacated by the car dealership who has leased it from LPS for the past couple of years. Planning continues for what career pathways/programs will be offered.

(January 27, 2021) Visioning sessions are ongoing to establish a vision statement for the Career Exploration Center (previously known as the Career and Technical Education and Innovation Center). Design advisory groups will begin meeting soon.

Learn more about this event in the LPS Newsroom!

Please note: all of these are draft conceptual drawings/renderings and may not reflect the final, finished Career Exploration Center facility. Click images to expand. 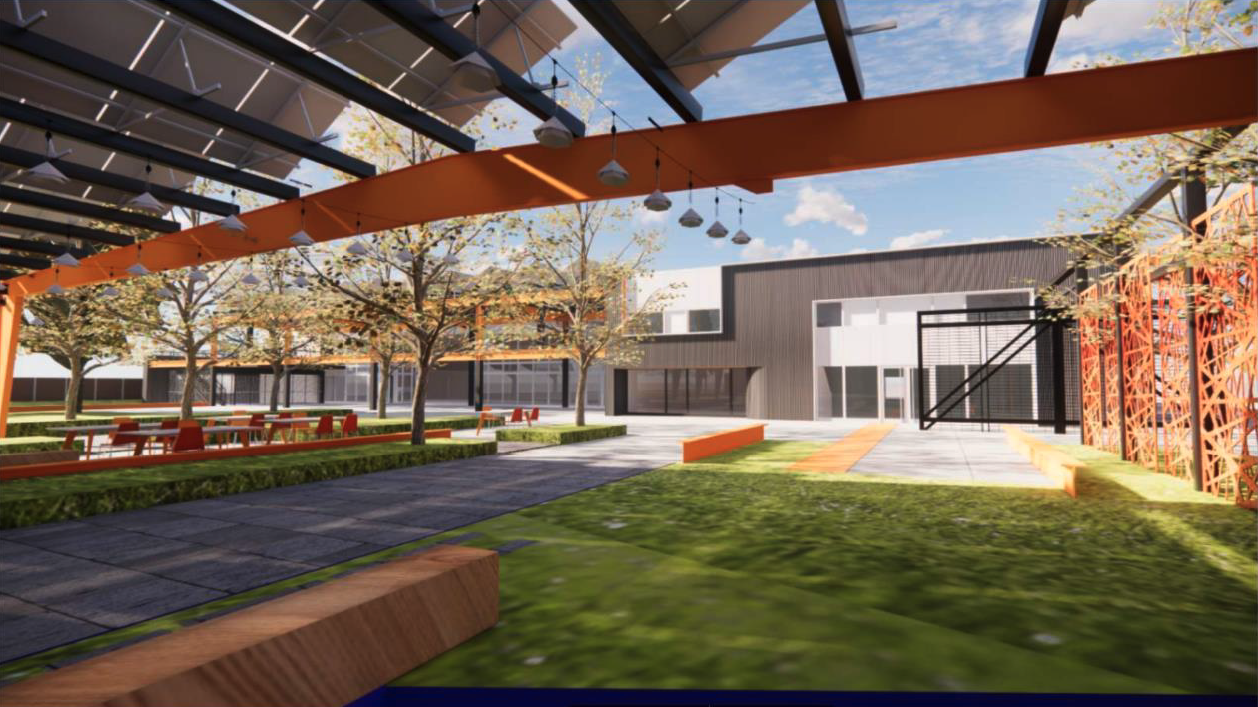 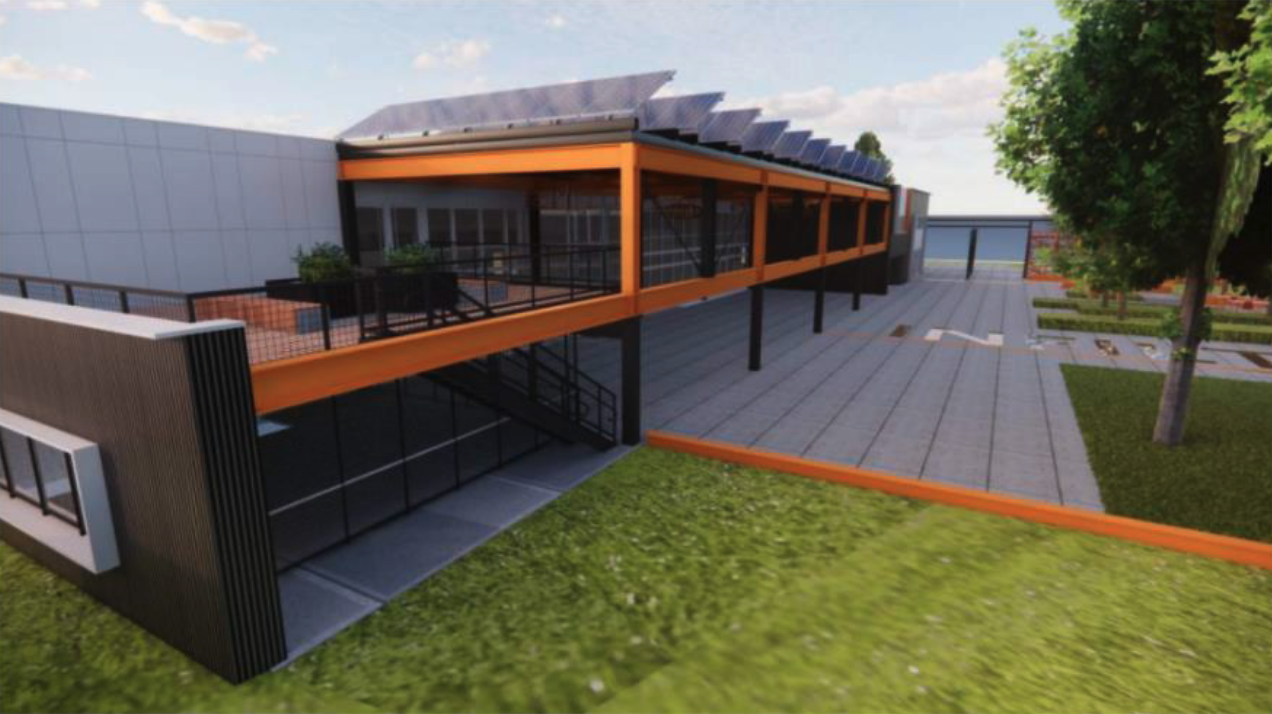 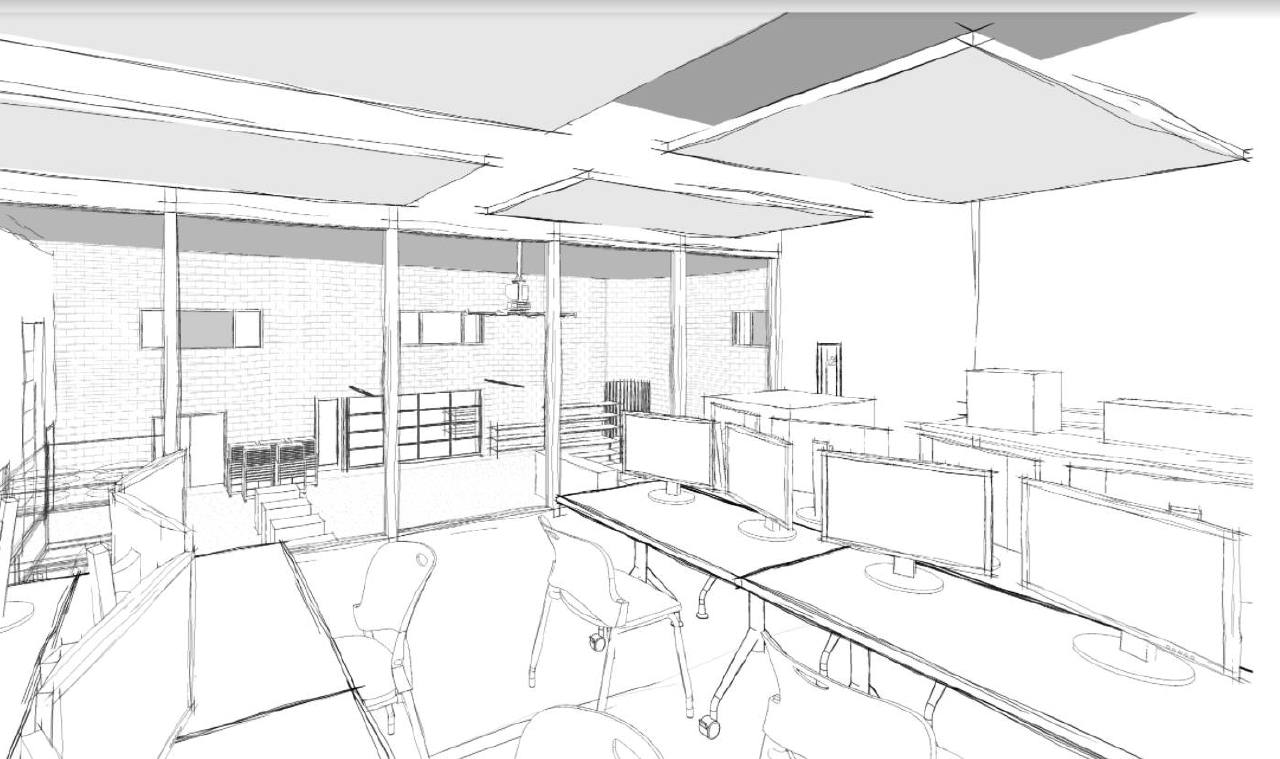 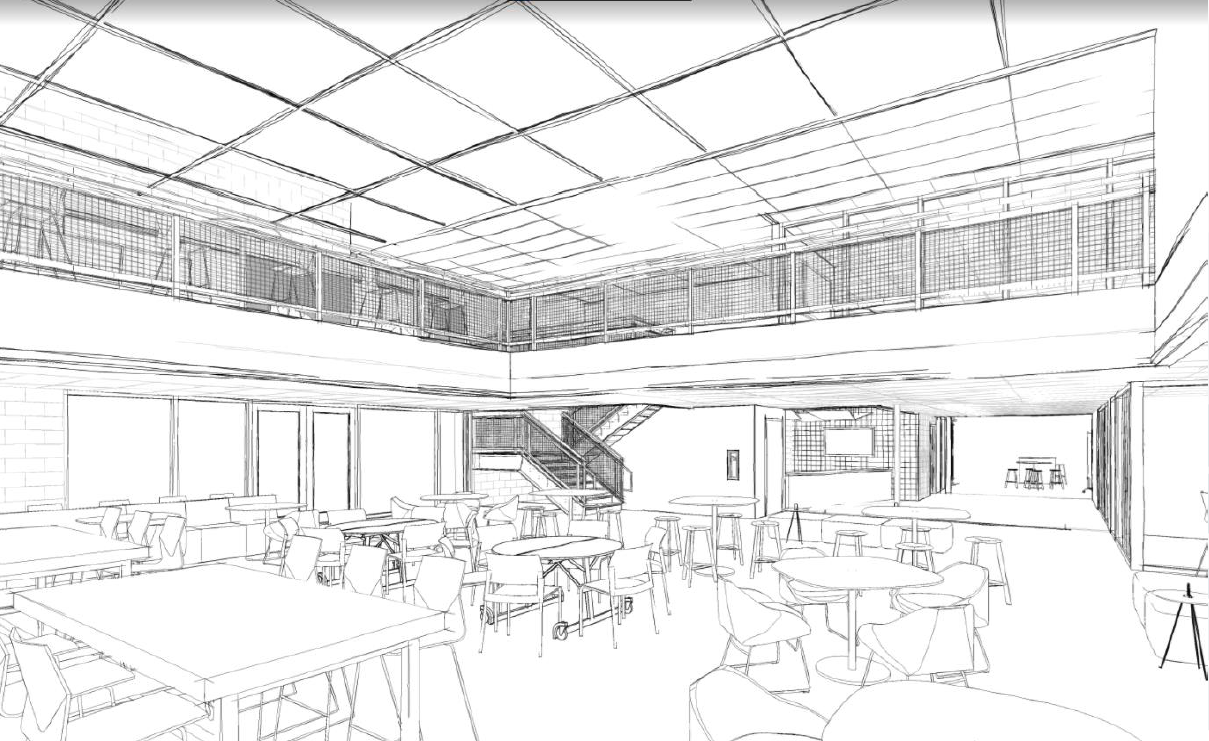 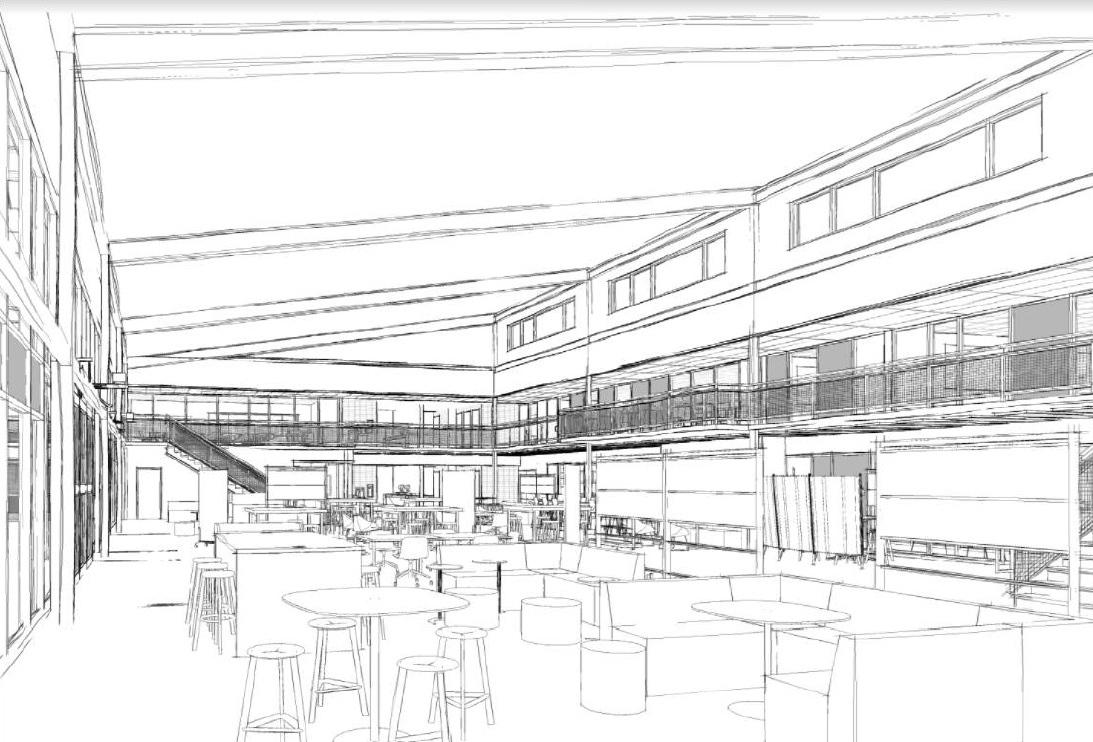 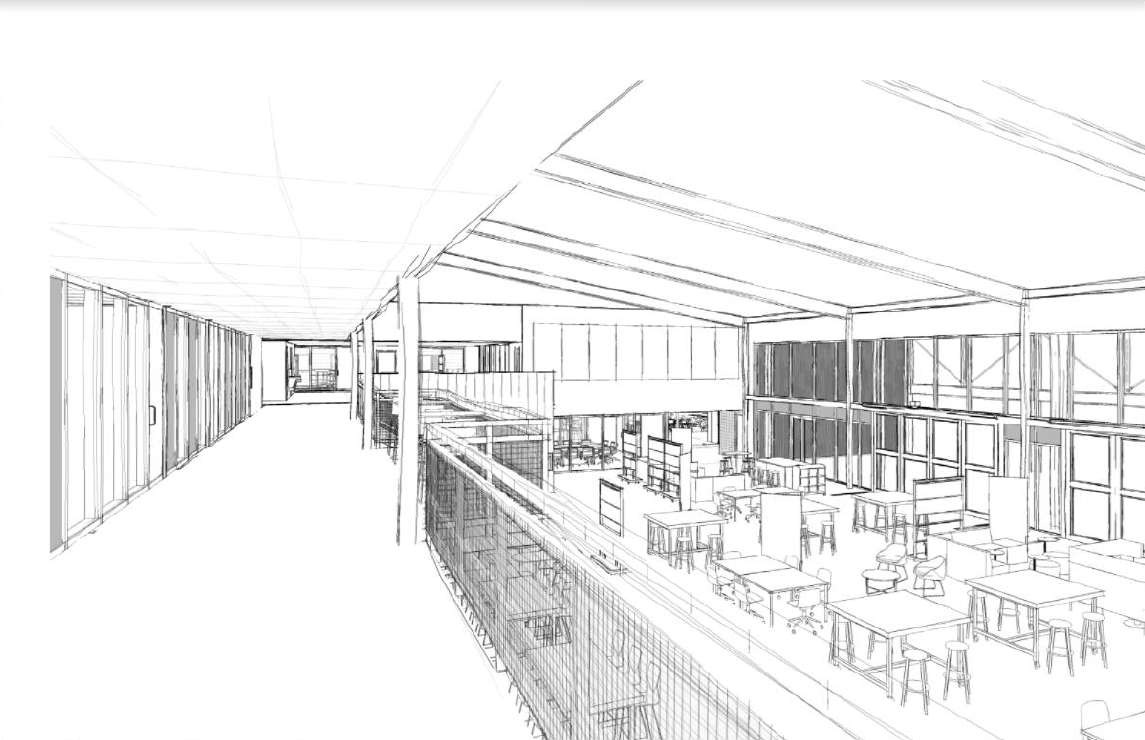 Back to School Guide